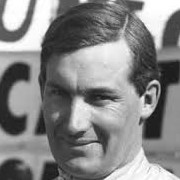 Michael Johnson Parkes (born 24 September 1931 in Richmond, Surrey; died 28 August 1977 near Turin, Italy) was a British racing driver, from England. Parkes was born into an automotive background as his father John, was Chairman of the Alvis Group.

He participated in seven Formula One World Championship Grands Prix, debuting on 18 July 1959. He achieved two podiums, and scored a total of 14 championship points. He also secured one pole position. When not racing cars, Parkes worked as an automotive engineer, and whilst working for the Rootes Group was involved in the project which led to production of the Hillman Imp.