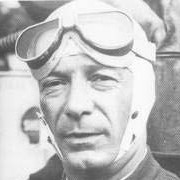 A native of Brescia, he first appeared at the 1928 Italian Grand Prix in a Talbot before he joined Alfa Romeo around 1930, winning the 1933 Grand Prix of Naples in an Alfa Romeo 2600, and the 1934 Grand Prix du Comminges. After World War II he joined Talbot-Lago. His only Formula One racing was between 1950 and 1952, first with Maserati and in 1952 he briefly was with Scuderia Ferrari. After his retirement from racing he was with BP in North Africa. Comotti was one of nine founders of the Club international des anciens pilotes de Grand Prix F1 (1962).