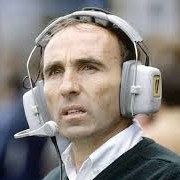 After a brief career as a driver and mechanic, funded by his work as a travelling grocery salesman, Williams founded Frank Williams Racing Cars in 1966. He ran drivers including Piers Courage and Tony Trimmer for several years in Formula Two and Formula Three. Williams purchased a Brabham Formula One chassis, which Courage drove throughout the 1969 Formula One season, twice finishing in second place.

In 1970 Williams undertook a brief partnership with Alejandro de Tomaso. After the death of Courage at the Dutch Grand Prix that year, Williams’s relationship with de Tomaso ended. In 1971 he raced Henri Pescarolo with a chassis he had purchased from March Engineering. 1972 saw the first F1 car built by the Williams works, the Politoys FX3 designed by Len Bailey, but Pescarolo crashed and destroyed it at its first race.

Williams, short on cash (he conducted team business from a telephone box at one point after being disconnected for unpaid bills), looked to Marlboro and Iso Rivolta, an Italian car company, for sponsorship. Though they pledged their support, they did not come through in time and in 1976 Williams desperately took on a partner in oil magnate Walter Wolf. Though the team continued functioning, it no longer belonged to Frank Williams and he left in 1977 along with one of his old employees, engineer Patrick Head. The two acquired an empty carpet warehouse in Didcot, Oxfordshire, United Kingdom and announced the formation of Williams Grand Prix Engineering. This same team and partnership still competes in Formula One and is known as WilliamsF1. They are currently based just outside the South Oxfordshire village of Grove, near Wantage.