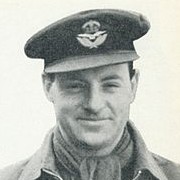 While still an undergraduate at Cambridge, he became a well known Grand Prix motor racing driver and competed at events in the UK and Europe. He competed in more Grands Prix than any American until after World War II. Straight started competing in 1931 with a Brooklands Riley competing at Shelsley Walsh, Southport and Brooklands circuit.

In 1933 driving a black and silver Maserati he won the Mountain Championship at Brooklands, the Mont Ventoux Hill Climb (3 September) and the Brighton Speed Trials (16 September). He also won the 1100 c.c. class in the Coppa Acerbo, held at Pescara, Italy, driving an M.G. Magnette. In 1934 he formed his own motor racing team, personally driving to victory in the South African Grand Prix, held on the 16-mile Buffalo circuit in East London. He also gave public demonstrations at Brooklands Racing Circuit achieving a speed of 138.7 mph, a record for 5 litre class cars.