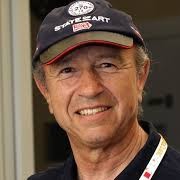 Joaquín “Jo” Ramírez Fernández (born August 20, 1941, Mexico City) is an author and retired employee of several sports car racing teams. From 1984 to 2001 Ramírez was coordinator of the McLaren Formula One team, including during the infamous Prost / Senna clash of the late-1980s.

During the 1960s and 70s Ramírez worked for several teams, including Dan Gurney’s Eagle, Tyrrell, where founder Ken Tyrrell advised him to keep a diary of his time in the sport, and for Wilson and Emerson Fittipaldi in their Fittipaldi Copersucar F1 team.