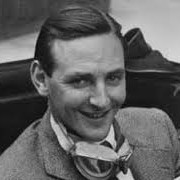 He started racing in a Jaguar SS100 before acquiring a Cooper and his own Leston Special. He become a Cooper works driver in 1954 and took the British Formula Three championship in the same year. He participated in three Formula One World Championship Grands Prix, debuting on 2 September 1956. He scored no championship points. Leston won the Luxembourg Grand Prix in 1952.

Following retirement from racing, Leston manufactured and sold aftermarket parts for cars, such as steering wheels and gear shifters. Later he expanded into clothing, and was instrumental in pioneering the development of safety equipment such as flameproof overalls and properly constructed crash helmets. In the 1960s Leston became a Formula One pit reporter for the BBC, until he was replaced by Barrie Gill.