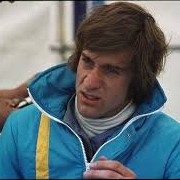 Loris Kessel (1 April 1950 – 15 May 2010) was a racing driver from Switzerland. He was born in Lugano and died in Montagnola following a long illness.

He participated in six Formula One World Championship Grands Prix, debuting on 2 May 1976. He scored no championship points.

In 1976, he drove a Brabham for RAM, and in 1977 he drove his own Apollon-Williams, although this car was not a success.

Kessel ran a series of car dealerships in Switzerland and his own racing team, competing in Ferrari Challenge series in Italy and the main European series. The team also competes in the FIA GT3 European Championship with the same car.