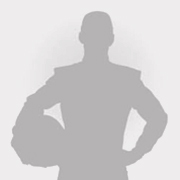 He was born in Milan and raced Maserati Voiturettes in the mid and late 30s. He pooled resources with Count Lurani to help spread the cost of racing. They bought two small vans which they used for transpotation and support, the first time this sort of thing had been done by a private team in Italy.

Luigi had a single-seater while Lurani had a two-seater Maserati. They went their seperate ways in 1935 as Castelbarco wanted to develop his Maserati with independent front suspension and could not commit to a full racing season.

In 1948, along with Giuseppe Benelli of motorcycle fame and Pier Giuseppe Beretta of gun fame, Luigi planned to build a small saloon car called the BBC. Three prototypes were built though the design never made it into production. One of the prototypes is still in the Beretta gun factory in northern Italy near Lake Garda.