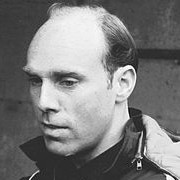 Richard James David Attwood (born 4 April 1940, Wolverhampton, Staffordshire) is a British motor racing driver, from England. During his career he raced for the BRM, Lotus and Cooper Formula One teams. He competed in 17 World Championship Grands Prix, achieved one podium and scored a total of 11 championship points. He was also a successful sports car racing driver and won the 1970 24 Hours of Le Mans race, driving a Porsche 917.

Attwood’s performances in Formula Two prompted Alfred Owen, the proprietor of BRM, to offer him an opportunity in his works Formula One team. His first outing for the team was in the non-Championship News of the World Trophy race, at Goodwood, in which he took the BRM P57 to fourth place, the first non-Lotus finisher and the only car to end on the same lap as Colin Chapman’s fleet winners. Attwood’s second Formula One outing was in the 1964 British Grand Prix, driving BRM’s experimental four wheel drive P67 model. Having been the project’s test driver Attwood did manage to qualify the overweight car, albeit in last place on the grid. However, as the car was principally intended as a rolling test bed, BRM decided to withdraw the P67 prior to the race itself.

Attwood driving for Reg Parnell Racing at the 1965 German Grand Prix.
Tim Parnell signed Dickie Attwood to his privateer Reg Parnell Racing team for 1965, driving a formerly class-leading Lotus 25. Unfortunately for Attwood, by 1965 the chassis was past its best, and fitted with the BRM motor it was distinctly uncompetitive. Although generally reliable, Attwood only managed to pick up a pair of sixth-place points finishes towards the end of the season.

Attwood driving a BRM P261 Formula One car, identical (apart from engine capacity) to the one which he drove in the Tasman Series in 1966 and 1967.
In 1966 Attwood competed in Australia and New Zealand as a part of BRM’s Tasman Series squad. His Tasman performances were very promising, including a win at Levin, but despite this – perhaps due to his underwhelming 1965 Formula One performances and growing success in sports cars – Attwood sat out the majority of the 1966 and 1967 Formula One seasons. His only appearance came as a substitute for works-Cooper driver Pedro Rodríguez at the 1967 Canadian Grand Prix, bringing the Cooper-Maserati home in 10th place. During 1966 he maintained his run of form in Formula Two, taking victory in the Rome Grand Prix and a second place at Pau in 1966, but concentrated firmly on sports cars in 1967.

After Mike Spence’s death during the 1968 Indianapolis 500 race Attwood rejoined the BRM works team, now run by Parnell, as his replacement. Attwood’s first race on his return was perhaps his most spectacular, taking fastest lap in the 1968 Monaco Grand Prix, on his way to a strong second-place finish behind Graham Hill’s works Lotus. However, results declined through the remainder of the season, and four races from the end Attwood was himself replaced by Bobby Unser.

Always something of a Monaco specialist, it was in the principality that Richard Attwood made his final Formula One start. Colin Chapman brought in the Briton as substitute for the injured Jochen Rindt, driving the Lotus 49B. He finished in a respectable fourth-place. Although this was his last Formula One drive, he did appear at the 1969 German Grand Prix in a Formula Two Brabham for Frank Williams, where he finished sixth overall, and second in the Formula Two class.