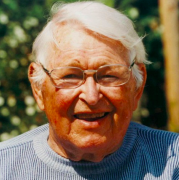 DIED
17 / 1 / 2001
In 1957 the FIA ran its first European Mountain Championship over several rounds on long (by British hillclimbing standards) courses in France, Italy, Germany, Switzerland, Austria and Greece. The series was for 2-litre sportscars and attracted factory participation from Maserati, OSCA, Porsche and Borgward, with drivers such as von Trips, Herrmann, Barth, Maglioli and Cabianca.

But the driver of the works Maserati 200S was Swiss ace Willy Peter Daetwyler, acknowledged master of European hillclimbing. And with victory in four of the six qualifying rounds he was the champion.

Although specialising in hillclimbing, Daetwyler was no stranger to the circuits, winning several Swiss sportscar races with various Alfa Romeos in the 1949-54 period, though a 1951 trip to the USA with a Jaguar XK120 resulted in retirement at Palm Springs. The following year, now in a Ferrari 340, he was fastest qualifier for the Bern race against the four-car works Mercedes-Benz 300SL team of Caracciola, Lang, Kling and Riess, but again failed to finish. As reward for his showing the Ferrari factory lent him a 3-litre model for the following year’s race, but it gave trouble beforehand and he was unable to start.

For 1955 he had a Ferrari of his own, a 750 Monza model, with which he won races in Spain and Austria over the next couple of years and was placed in Portugal and Germany.

Nor was Daetwyler a stranger to single-seater events. He drove a Veritas in the F2 Eifelrennen in 1951 and led while the car lasted, though he was a non-starter at Erlen, where he had been lent a factory F2 HWM.

But all this time it had been the mountain climbs which made Daetwyler’s name. Driving a 2.9 Alfa, then a 4½-litre ex-GP model rebodied as a sportscar, and finally his Monza Ferrari, and competing against the best Italian hillclimb specialists in their Ferraris, English hillclimb champion Ken Wharton with his supercharged 2-litre ERA, and occasionally works GP Maseratis, the Swiss master won a string of hillclimbs not only in Switzerland, but in Italy and France as well. He was Swiss Sportscar Champion in 1951, 1954, 1955 and 1956, mainly from his successes on the hills.

All this made him not only favourite for the inaugural European Mountain Chmpionship, but a thoroughly deserving winner.