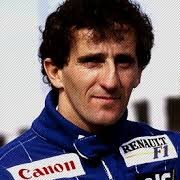 Prost discovered karting at the age of 14 during a family holiday. He progressed through motor sport’s junior ranks, winning the French and European Formula Three championships, before joining the McLaren Formula One team in 1980 at the age of 24. He finished in the points on his Formula One début in Argentina and took his first race victory at his home Grand Prix in France a year later, driving for the factory Renault team.