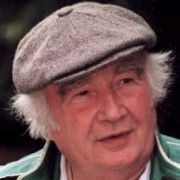 David Piper (born 2 December 1930 in Edgware, Middlesex) is a British former Formula One and sports car racing driver from England. He participated in 3 Formula One World Championship Grands Prix, debuting on 18 July 1959. He scored no championship points.

Piper began his career in the mid-1950s by competing in sprints and hill-climbs, before beginning circuit racing with a Lotus Eleven. He then moved up to a Lotus 16 which he used in 1959 and 1960 to compete in both Formula One and Formula Two, by means of changing engines as appropriate. His best result with the car was a second place in the Lady Wigram Trophy, in 1960, behind Jack Brabham in a Cooper.

In 1961, Piper competed in European Formula Junior alongside Jo Siffert but drove the Gilby F1 car in the Gold Cup. He also competed in non-championship races in 1962, but had become disenchanted with single-seater racing and moved into sports car racing initially with a Ferrari GTO.