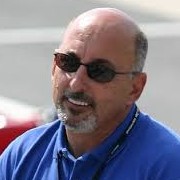 Robert “Bobby” Woodward Rahal (born January 10, 1953 in Medina, Ohio) is an American auto racing driver and team owner. As a driver, he won three championships and 24 races in the CART open-wheel series, including the 1986 Indianapolis 500. He also won the 2004 Indianapolis 500 as a team owner for the winning driver, Buddy Rice.

After retiring as a driver, Rahal held managerial positions with the Jaguar Formula 1 team and also was an interim president of the CART series. Rahal was also a sports car driver during the 1980s, and made one NASCAR start for the Wood Brothers.

Rahal began his career in SCCA feeder categories, eventually finishing second to Gilles Villeneuve in the 1977 Formula Atlantic championship. The following year, he competed in European Formula Three with Wolf Racing. Near the end of the season, Rahal raced for the Wolf Formula 1 team in the 1978 United States Grand Prix and the 1978 Canadian Grand Prix. The deal with Wolf did not continue into the 1979 season, as Wolf signed up James Hunt for the one and only car available. Rahal began the 1979 racing a Chevron in Formula Two, but returned to America mid-season and raced in the Can-Am series. During the next few seasons, he competed in various sports car events, including the 24 Hours of Le Mans and the IMSA GT Championship.

In 1982, Rahal entered the CART series with the Truesports team, winning two races and finishing second in the championship behind Rick Mears. He continued racing for Truesports through the 1988 season, winning at least one race every year. In 1986, Rahal dramatically passed Kevin Cogan on a restart with two laps to go to win the Indianapolis 500, only days before his team owner, Jim Trueman died of cancer. Later that year, Rahal won his first CART championship, and successfully defended it the following year.

In 1988, Rahal won the last race the Truesports team ever won, the Quaker State 500 at Pocono, the only victory for the Judd engine ever.

By 1989, Rahal had ended his occasional forays into sports car racing and focused solely on CART. He moved over to the Kraco race team, but this association produced only two wins over three seasons.

Rahal competed in one NASCAR race in his career. In November 1984 he drove the 7-11 sponsored Wood Brothers #21 Ford (substituting for Buddy Baker) to a 40th place finish in the Winston Western 500 at Riverside International Speedway, completing only 44 laps before breaking a rear end gear.