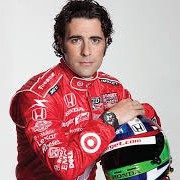 Dario Franchitti was another of the young Scots to come to the fore in motor racing. He raced with Paul Stewart Racing, tested for McLaren in Formula 1 then won the DTM Championship for Mercedes and moved to the USA winning four Indy Car Championships and became the only British driver to win the Indianapolis 500 three time (2007, 2012, 2013).