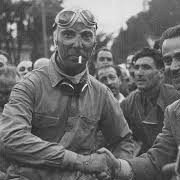 Besides having entered many races in an Alfa Romeo, Cortese became most famous for his affiliation with Ferrari between 1947 and 1949, driving the first race car built by Ferrari in 1947,[3] the Ferrari 125 S, which brought victories at four races in 1947.