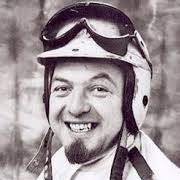 Ashmore started his career in Formula Junior along with his brother Chris, in 1960. Later that year he competed at Zeltweg and Innsbruck, finishing third behind Hans Herrmann and Wolfgang von Trips. In 1961 he moved up to Formula One with a privately run Lotus 18, and scored a second place in the Naples Grand Prix after taking pole position. Later that year he took part in the British Grand Prix but retired after just a few laps. His last appearance in a World Championship event was in his Lotus in 1962 at Monza, when he failed to qualify.