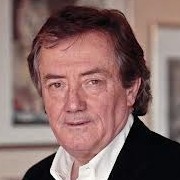 Giancarlo Minardi (born 18 September 1947) is the founder and former Managing Director of the now-defunct Minardi Formula One team.

Minardi was born in Faenza (Ravenna), Italy and has spent his life with cars. As a young boy, his family managed a Fiat dealership and an Agip fuel station, and currently manages Iveco and Selenia dealerships. His father, Giovanni Minardi, who died when Giancarlo was young, was also heavily involved in motor racing.

Giancarlo Minardi began his career as a business man, running a successful truck dealership in Italy.

He began his racing career in 1968, buying a Faccioli tuned Fiat 500, achieving good results in the various hillclimbs he competed in. Subsequently he began rallying a Fiat 124, after which he turned his attention to leading the Scuderia del Passatore racing team. Between 1972 and 1974 he led the Scuderia del Passatore team to good results in Formula Italia, being runner-up in the 1972 championship and then in 1973 going on to win the title with Giancarlo Martini as driver. After a name change to Scuderia Everest in 1975, his team raced a BMW March in the European Formula TwoChampionship for two years.

In 1980 he formed the Minardi racing team with financial backing from well known Italian motor racing patron Piero Mancini. Giancarlo led the Minardi team to four successful Formula Two seasons, the most notable success being a 1981 win at the Misano round.

Formula One was the next logical step for Minardi in 1985. In 1991, Ferrari provided Minardi with V12 engines.

Money woes hit and in 1994 Minardi joined his team with Scuderia Italia in an effort to survive. In 1996 money ran short again and by year’s end Minardi was forced to sell 70% of his team to a new investor consortium. Giancarlo retained 14.5% with the remaining 15.5% distributed between the Scuderia Italia investors (Emilio Gnutti, Giuseppe Lucchini and Vittorio Palazzani) and Defendente Marniga. The Minardi team was then controlled by Flavio Briatore.

From 1997 to 2000, Minardi and Gabriele Rumi shared the General Director role for the alliance.

2001 saw another change in the ownership of the Minardi team with Australian Paul Stoddart buying the company, although Giancarlo retained the role of Managing Director, with particular emphasis on the development of young drivers. He left Minardi after the take over and renaming to “Toro Rosso” by the Red Bull energy drink concern in 2006. Subsequently he offered support to both Minardi Team by GP Racing in Euro F3000 and Minardi Piquet Sports in GP2 resulting in significant success for both teams, most notably with Nelson Piquet Jr himself in GP2 who finished runner up to Lewis Hamilton in the 2006 championship.

Driver development is an area in which Giancarlo is considered to have significant aptitude. He has identified and given breaks to many drivers who subsequently went on to achieve successes with other teams and in other formulas. Drivers such as Giancarlo Fisichella, Fernando Alonso, Mark Webber and Jarno Trulli all had their Formula One debut with Minard