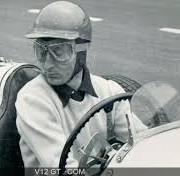 Swaters made his debut in the 24 Hours of Spa in an MG co-driven by his friend and racer-turned-journalist Paul Frère, entered under the Ecurie Francorchamps banner. In 1950 Swaters, Frère and André Pilette established Écurie Belgique, a banner in which they prepared cars for themselves and other Belgian races, both in Grand Prix and sports car racing. Swaters himself raced a yellow Talbot-Lago in several events, including two World Championship rounds, the 1951 German and Italian Grands Prix.

However, in 1952, Swaters, another Belgian Charles de Tornaco and British driver Geoff Richardson, restarted Ecurie Francorchamps, a racing stable mainly associated with Ferrari. Swaters drove the team Ferrari 500 in a small number of events, but did manage to take a victory at the 1953 Avusrennen, a Formula 2 race. Richardson was signed to drive the prototype Zethrin Rennsport. As a driver, Swaters later concentrated on sports car racing, driving a Jaguar C-Type and a D-Type.