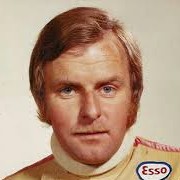 Joseph Vonlanthen (born 31 May 1942 in St. Ursen) is a former racing driver from Switzerland. He participated in one Formula One World Championship Grand Prix, on 17 August 1975, driving a Williams. He retired with engine failure, scoring no championship points.

Vonlanthen started in Formula Vee, before progressing to Formula Three, where he won the Swiss Formula 3 Championship. He found things a little tougher in Formula Two, but managed to secure a seat with Ensign for a non-Championship Formula One race in 1975. He then drove twice for Frank Williams, firstly in the non-championship Swiss Grand Prix, where he finished 14th, then his one World Championship start in the 1975 Austrian Grand Prix. Vonlanthen can be considered lucky to have started this race, as he was only allowed to start when Wilson Fittipaldi suffered an injury in practice which prevented him from taking his place on the grid.