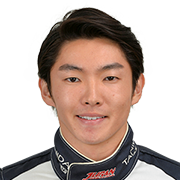 Daisuke Nakajima (中島 大祐 Nakajima Daisuke?) (born January 29, 1989 in Okazaki, Aichi) is a Japanese racing driver; the son of Satoru Nakajima and the younger brother of Kazuki Nakajima, both of whom have driven in Formula One.

Having started his career in go-karts on the Japanese circuit, Nakajima moved into single-seaters in 2007, competing in the Japanese Formula Challenge series. He finished fifth overall in the championship with four wins, which was won by 2008 Macau Grand Prix winner Keisuke Kunimoto. He graduated into All-Japan Formula Three in 2008, with Toda Racing, finishing ninth overall. Having tested with Räikkönen Robertson Racing over the 2008 offseason, Nakajima joined them for a 2009 campaign in the British Formula Three Championship.[ Nakajima finished seventh in the championship standings, with his best result of second coming at Silverstone in August, having started from pole position. He remained with the team for the 2010 season, but failed to improve on his rookie form and returned to Japan for 2011, competing in Formula Nippon with his father’s team.