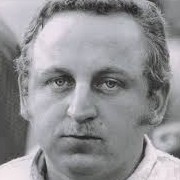 His father, Kurt Ahrens Sr., was a German Speedway champion who competed against his son for 5 years. Kurt Ahrens, Jr. started in 1958 with Cooper Norton Formula 3 and won the German Formula Junior title in 1961 and 1963, when his father retired.

Kurt Ahrens, Jr. driving a Brabham F2 in 1969.
He then raced Formula 2 and was present when Jim Clark was killed at the Hockenheimring in 1968. Due to the long Nürburgring track, it was possible to take part in the German Grand Prix in Formula 2 cars. He participated mostly with Brabhams for the Caltex Racing team, and was invited to drive the Brabham-Repco F1 in the wet 1968 German Grand Prix.

Ahrens retired after 1970, taking pride in never crashing in a race. He had suffered a high speed shunt in April 1970 while testing a long tail Porsche on a wet Ehra-Lessien, with the car disintegrating badly- the car went under the Armco barrier and broke in half (as they were known to do), leaving Ahrens strapped in the back.