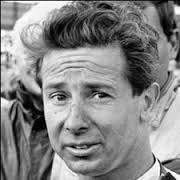 Lance Noel Macklin (2 September 1919 – 29 August 2002) was a British racing driver from England. He participated in 15 Formula One World Championship Grands Prix, debuting on 18 May 1952.

On demobilisation after WWII, Macklin followed his early ambition and became a racing driver, although an early attempt to enter a race on the Isle of Man was refused on grounds that he had no experience.

During his Formula One career, Macklin scored no championship points, principally due to his uncompetitive HWM cars. His best career result came when he won the non-Championship BRDC International Trophy, at Silverstone in 1952.

In the 1955 24 Hours of Le Mans he was involved in the most catastrophic accident in racing history, which killed Pierre Levegh and 80 spectators.