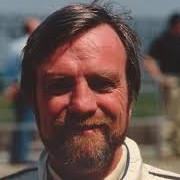 Mike Wilds (born 7 January 1946 in Chiswick, London) is a British racing driver from England. He participated in eight Formula One World Championship Grands Prix, debuting on 20 July 1974. He scored no championship points.

After winning a few races in Formula 3 in the early 1970s, Wilds moved on to Formula 5000. At the same time, he took part in a few Formula One Grands Prix, firstly with a non-works March, then with Ensign and BRM. After he failed to qualify at his home grand prix in 1976 with a privately run Shadow, he concentrated on other forms of motor sport, including sports car racing and historic racing.

Wilds won the 2008 Britcar Drivers Championship together with Ian Lawson and Mikes son Anthony Wilds in the ING Sport BMW, the team also went on to win again in 2013 and also won the 2008 Group C Enduro Trophy in the Porsche 962 with Henry Pearman.