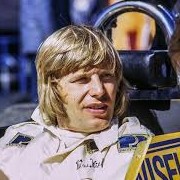 Reine Wisell (born September 30, 1941) is a former racing driver from Sweden. He participated in 23 Formula One World Championship Grands Prix, debuting on October 4, 1970. He achieved 1 podium, and scored a total of 13 championship points. He also participated in several non-Championship Formula One races. He won the Swedish Formula 3 Championship in 1967 and three years later he made the big step and signed with Team Lotus who were the best team this year. In the 1970 United States Grand Prix in Watkins Glen, Wisell raced for Lotus who made their return in the championship after Jochen Rindt’s death at Monza. Rindt’s death caused his teammate John Miles to retire and Wisell replaced him. His first grand prix was the best in his career as he achieved a third place finish, trailing only his teammate and future champion Emerson Fittipaldi and Pedro Rodríguez and finishing ahead of title contender Jacky Ickx. This result was Wisell’s best, as the subsequent years were not so good for him, and he retired after his home grand prix in 1974.