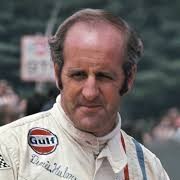 Hulme showed versatility by dominating the Canadian-American Challenge Cup (Can-Am) for Group 7 sports cars. As a member of the McLaren team that won five straight titles between 1967 and 1971, he won the individual drivers’ championship twice and runner-up on four other occasions.

Following his Formula One tenure with Brabham, Hulme raced for McLaren in multiple formats—Formula One, Can-Am, and at the Indianapolis 500. Hulme retired from Formula One at the end of the 1974 season but continued to race Australian Touring Cars.