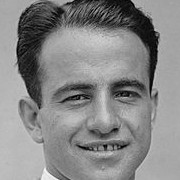 He pulled out to a huge lead in the 1925 Indianapolis 500. His fingers became badly blistered around the midpoint of the race, and car owner Fred Duesenberg pulled DePaolo out of the car. DePaolo had his hands repaired in the infield care center, and returned in the car after missing 21 laps. He had dropped to fifth. He raced his way to the win on his way to the series drivers championship. The race was the first Indianapolis 500 to average over 100 miles per hour (101.270 mph). Pete did not consider this to be his greatest win (since he was replaced for 21 laps).

He began his only team in 1927. He finished second in the 1927 Indianapolis 500, and added two wins on his way to the series drivers championship.

In 1934, DePaolo drove the Harry Miller four wheel drive race car in races throughout Europe and Africa. At the Avus course, near Berlin, while leading the race in a down pour, his engine threw 2 connecting rods which narrowly missed hitting Adolph Hitler in his track side box seat.