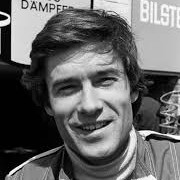 Timothy “Tiff” Needell (born 29 October 1951 in Havant, Hampshire) is a British racing driver and television presenter. He is a former co-presenter of Top Gear and current co-presenter of Fifth Gear.

Racing career
Needell first raced at a driving school at Brands Hatch in 1970. He progressed to Formula Ford, his progress assisted by the use of a Lotus 69 FF he won in an Autosport magazine competition.[1] He later sold his Lotus and used the money to buy and race an Elden Mk10. Needell’s Formula Ford period culminated in his acquiring a Crossle 25F with which he won the Kent Messenger FF Championship after competing for only half of the remaining season. This success landed him a partly paid drive in the Formula Ford 2000 Championship in a Hawke chassis provided by McKinstry Racing. Needell was completely dominant in that car and series which provided him with the springboard into Formula 3. The remainder of the 1970s saw Needell as a front runner in the British Formula 3 series and then in the Aurora British Formula One championship. In 1979 he was unable to graduate to the F1 World Championship due to the lack of the correct licence, but he was back in 1980, driving two Grands Prix for Ensign, qualifying for the Belgian Grand Prix at Zolder. However, he had an engine problem and did not finish the race. He subsequently failed to qualify for the Monaco Grand Prix.

In 1988 and 1989 he competed in the British Rallycross Grand Prix in a Metro 6R4 prepared by Will Gollop’s motorsport team. He achieved a good result in 1988 finishing 4th in the B-Final in what was his first rallycross event, however, the 1989 event was cancelled due to heavy fog after the practice sessions.

Needell made his first appearance at the 24 Hours of Le Mans in 1981 driving an Ibec-Hesketh 308LM alongside Tony Trimmer. They failed to finish and again in 1982 this time paired with Bob Evans and Geoff Lees in an Aston Martin Nimrod NRA/C2. However the following year Needell finished 17th driving a Porsche 956. In 1985 Needell briefly led the 24 hours driving the Aston Martin EMKA C84/1 and would eventually finish 11th. His best result at Le Mans was 3rd in 1990. He then had a couple of years in the British Touring Car Championship with Nissan, before returning to sports cars in 1995, driving a Porsche at Daytona and a Jaguar XJ220 at Le Mans. He then drove the Lister Storm for 3 years, reaching 3rd overall at Daytona in 1997 before gearbox problems dropped them to 19th. In 1998 he finished 2nd in the GT1 championship and won the Silverstone Golden Jubilee Trophy race.

Since then, Needell’s racing career has mainly consisted of racing hard-topped cars, with varying levels of success in sports cars, historic racing and touring cars. He achieved particular notoriety after an accident with Nigel Mansell at the 1993 TOCA shoot out race at Donington Park.[2]