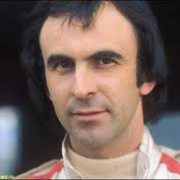 Timothy “Tim” Theodore Schenken[1] (born 26 September 1943) is a former racing driver from Sydney, Australia. He participated in 36 Formula One World Championship Grands Prix, debuting on 16 August 1970. He achieved one career podium at the 1971 Austrian Grand Prix, and scored a total of seven championship points. He did however have two non-championship race podiums – he finished third in the 1971 BRDC International Trophy and third in the 1972 International Gold Cup.

In 1974 he co-founded Tiga Race Cars in Britain with New Zealander Howden Ganley, whose cars had great success in the Sports 2000 category, and constructed cars for a number of over formulae. He is currently employed each year as the Race Director for the Australian V8 Supercar Championship Series. He also is a director of the Confederation of Australian Motor Sport, the Clerk of the Course at the Australian Grand Prix and was the Clerk of the Course for the inaugural 2008 Singapore Grand Prix.

As of the 2014 Formula One season, Schenken is one of only five Australians who have stood on the podium for a Formula One Grand Prix. The others are Grand Prix winners Mark Webber and Daniel Ricciardo, as well as World Champions Sir Jack Brabham and Alan Jones.