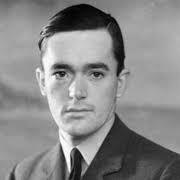 After the war Gaze became the first Australian to contest a World Championship motor race when he competed in the 1952 Belgian Grand Prix. His racing career saw him competing in Europe, Australia, New Zealand and South Africa in open wheelers and sports cars. Early in 1955 Tony helped to established Australia’s first all Australian overseas racing team called ‘The Kangaroo Stable’ that included racing drivers such as Jack Brabham, Tom Sulman, David McKay, Les Cosh and Dick Cobden but after the tragic 1955 Le Mans race[9] many events in Europe were cancelled leading to the Stable disbanding later that year. He also helped establish the Goodwood motor racing circuit in 1948 by suggesting it as a potential replacement for Brooklands to the then Duke of Richmond. Today the Goodwood circuit is again a premier track as it stages the annual ‘Goodwood Revival’ meeting. Later he helped with the development of Australian motorsport and represented Australia in the 1960 World Gliding Championships in Germany. Gaze was awarded the Medal of the Order of Australia in the 2006 New Year’s Honours List for ‘service to the sport of motor racing’.